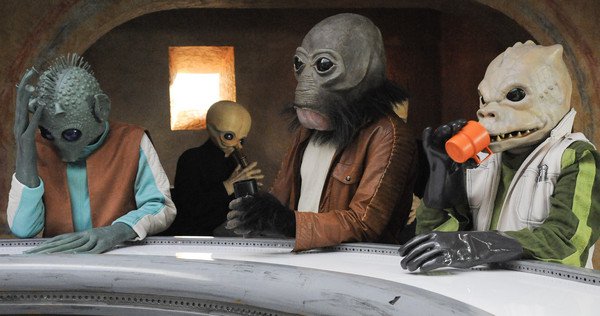 [dropcap]A[/dropcap] long time ago in a galaxy far, far away, we got to encounter some of the coolest, weirdest creatures when the original Star Wars hit movie theaters. And since Rogue Matter is all about the Multiverse (ahem… check out our Quest Board for more on that), it got me thinking of outer space which led me to start thinking about Star Wars (naturally since Star Wars: The Rise of Skywalker hits theaters in exactly ONE MONTH from today people!). ????‍♂️

Sure, the lead characters like Luke Skywalker, Princess Leia, Darth Vader and Han Solo may be the central focus of the films, but it’s all the other characters i.e. non-human “Aliens” that make the world of Star Wars so immersive. And immersive is what we do at Rogue Matter… immersive characters connect our stories and bind them together. ????

Check out the 25 Best Star Wars Aliens of All Time!

Begin the slideshow, you may!

PreviousNext
View Next
Related Topics:
Up Next

Lending a Helping Hand: Feel Good News from This Week